Trump’s Tariff
Last week the emerging markets concerned about Trump’s tariff on imported steel and aluminum. Markets feared that the plan is potential for igniting further global trade war. The countries such as EU and China raised statements about intention of any revenge on the U.S. trade protectionist strategy.

Warning from Moody’s
JCI’s last-week declined last was significantly affected by Moody’s negative statement about the Indonesian government decision on freezing the subsidized fuel and electricity tariff until 2019. Moody’s said that the plan was the backward step in the fiscal reformation agenda. The government previously announced to increase the budget for energy subsidy amid the challenge of the energy prices with a view of maintaining domestic purchasing power. 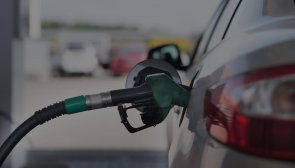 ICE Newcastle back to above USD400/Ton, the energy sector strengthens the past week. Last week’s strengthening of the JCI was also a positive response to the sloping of US Consumer and Producer level inflation, which may potentially ease the Fed’s Hawkish stance.

The economy grew impressively, BI remained Dovish. Indonesia's GDP 2Q22 YoY grew expansive up to 5.44% (Vs. Surv. 5.17%; 1Q22 5.01%), reassuring BI to remain Dovish and maintain the momentum of the gradual domestic economy recovery, in addition to Core CPI which was maintained below 3%YoY.

Big Cap. Earning Results and the Fed's Hawkish slowdown supported the JCI to approach the psychological level of 7,000. In addition to Indonesia's inflation which has not become a concern in the near future, investors appreciate the positives of the Big Four Banks and a number of Consumer Non-Cyclicals Earning Results.