Wall Street closed mixed in trading (10/01); with the S&P 500 and DJI closing lower, while Nasdaq higher. The technology sector which was under pressure due to expectations of an increase in interest rates; looks to start posting a rebound at the end of the session. Several major US banks are now projecting the Fed to raise interest rates four times this year.

Domestically, JCI continued to decline with a 0.15% correction yesterday; led by the technology sector which fell 3.52%. The government decided to relax the provisions on the coal export ban which was originally in effect throughout January 2022. For today, the benchmark index is expected to remain under pressure with a projected range of movement in the area of 6,650-6,750. 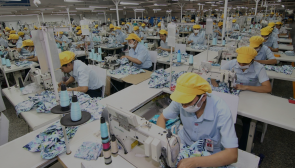 US job vacancies as of August, recorded their biggest decline in 2.5 years, and a belowexpected Australian rate hike, raised expectations of a FFR hike of not +125Bps (Nov. +75Bps; Dec. +50Bps) through the end of the year.

Technical rebound opens Wall Street 4Q22, amid US manufacturing heading towards contraction. Wall Street was up more than 2% yesterday, following a bearish streak during 9M22 trading.