-GOVERNMENT BONDS-
The results of the auction of Government Securities (SUN) yesterday recorded total bids of up to IDR 42.9 trillion. This indicates an increase in demand for SUN compared to the previous auction. The highest bids were in the FR087 and FR083 series, reaching 53.6% of the total incoming bids. This increased interest was amidst lower weighted average yields compared to the previous SUN auction. The weighted average yield of FR0087 fell to 23 bps, and FR0083 fell by 16 bps, making the government win many of these two series. In this auction, the government managed to absorb IDR 24.2 trillion in funds.

-MACROECONOMY-
KUR Distribution Target Increased to IDR 253 Trillion. The Ministry of Cooperatives and SMEs (Kemenkop UKM) revealed that the 2021 target for the distribution of People’s Business Credit (KUR) will increase to IDR 253 trillion. Previously, this year’s KUR distribution target was set at IDR 220 trillion. In addition, the government also provided an additional stimulus for KUR interest subsidies during the Covid-19 period of 3% until June 30, 2021. In more detail, the realization of KUR distribution throughout 2020 amounted to IDR 197.04 trillion to 6.11 million debtors. That is equivalent to 103.7% of the initial target of IDR 190 trillion. (CNN Indonesia) 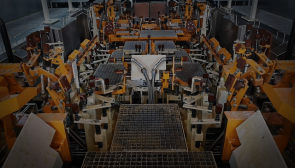 Wait and See Welcoming The Month of Window Dressing

US Manufacturing PMI Is Significantly Contracted