Yield 7% SUN Benchmark FR0083, the lowest level since this series was published in November last year

-GOVERNMENT BONDS-
Yield 7% SUN Benchmark FR0083, the lowest level since this series was published in November last year. Investors responded positively to the Bank Indonesia Seven Days Reverse Repo Rate (BI 7-DRRR) cut by 25 bps to 3.75%, after 4 months the benchmark interest rate was held at 4%. For the record, the BI 7-DRRR is at the lowest level since it was introduced in August 2016 to replace the BI Rate. BI’s decision was beyond market expectations, which based on a Bloomberg survey projected the BI 7-DRRR to remain at the 4% level. Meanwhile, the Deposit Facility rate fell to 3% and the Lending Facility rate is now 4.5%. Yesterday, the benchmark series Government Securities (SUN) closed mixed with the 20-year tenor FR0083 posting a drop in yield of nearly 7 bps to 7%.

-CORPORATE BONDS-
Refinancing Komodo Bond, WIKA Releases IDR 2 Trillion Bonds & Sukuk. State-Owned Enterprise (BUMN) construction issuer, Wijaya Karya Tbk (WIKA) announced plans to issue bonds worth IDR 2 trillion. This amount consists of the issuance of IDR 1.5 trillion bonds and IDR 500 billion sukuk. The issuance of the Wijaya Karya Phase I Sustainable Bonds Year 2020 is a series of PUB (Sustainable Public Offering) I WIKA with a target fund raised of IDR 4 trillion. Meanwhile, the issuance of sukuk worth IDR 500 billion is a series of PUB Sukuk Mudharabah I Wijaya Karya with a target fund raised of IDR 1 trillion. WIKA plans to issue 3 series of bonds and sukuk, namely a 3-year tenor, a 5-year tenor and a 7-year tenor. The bonds have received a Single A or idA rating from the Indonesian Securities Rating Agency (Pefindo). Meanwhile, for the issuance of sukuk, Pefindo has received a rating of mudharabah idA (Sy) or Single A Syariah sukuk. (CNBC Indonesia)

-MACROECONOMY-
BI Liquidity Injection of IDR 680.89 Trillion. Until November 17, 2020, BI has added liquidity or conducted quantitative easing (QE) in banks of around IDR 680.89 trillion. This was mainly due to a decrease in the statutory reserve requirement (GWM) of around IDR 155 trillion and a monetary expansion of around IDR 680.89 trillion. This loosening of liquidity conditions led to a high ratio of liquid assets to third party funds (LA / DPK) confident of 30.65% in October 2020 and a low average overnight interbank rate of around 3.29% in October 2020. Loosening liquidity and interest rates Low reference rates also contributed to lowering the deposit rates and working capital loans in October 2020, namely from 5.18% and 9.44% in September 2020 to 4.93% and 9.38%. The yield on 10-year SBNs also appears to have decreased from 6.58% at the end of October 2020 to 6.13% as of 18 November 2020. Meanwhile, from the monetary value, the growth in the monetary size of M1 and M2 in October 2020 also appears to have increased, namely, respectively. by 18.5% YoY and 12.5% YoY. (Kontan)

-RECOMMENDATION-
Investors Await Current Account Balance Data, which is projected to be a surplus for the first time since 2011. Previously, BI stated that the current account surplus was influenced by improvements in export and import adjustments, in line with strong domestic demand. Previously, the current account was in deficit since 4Q11, causing the rupiah to weaken compared to other countries’ currencies. Yesterday, the rupiah exchange rate weakened 0.6% to IDR 14,155 / USD on the spot market. Meanwhile, BI’s middle rate weakened 0.35% to IDR 14,167/USD. In the short term, investors can take advantage of the volatility of FR0082, FR0080, and FR0083. 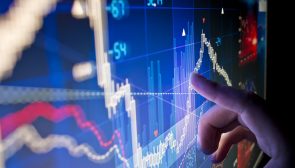