-GOVERNMENT BONDS-
Lowest FR0086 Price Ahead of 4Q20 Initial Auction. Based on Bloomberg data, the FR0086 price closed at 99.26 or the lowest level since this series was published. The indicative target for SBN auctions, both SUN and Sukuk 4Q20, reached IDR 212.93 trillion or the highest compared to previous quarters. The government’s high target indicates a large supply of SUN and Sukuk in the last quarter of this year. For the record, FR0086 is one of the series offered at this 4Q20 prime SUN auction. In the last auction, low yield expectations made the government aggressively win the FR0086. SUN is a 5-year benchmark candidate for IDR 3.2 trillion (bid to cover ratio 1.4x) from the bid for this series worth IDR 4.59 trillion. Meanwhile, the weigthed average yield of FR0086 was at the 5.51% level at the auction last September.

-MACROECONOMY-
BI is optimistic that Indonesia’s GDP in 2H20 is getting better. Optimism of Bank Indonesia (BI) in the middle, GDP in 3Q20 will experience a contraction. Although it will indeed improve from contraction in 2Q20 which was minus 5.32% YoY. The economic recovery in 2H20 was supported by increased realization of fiscal stimulus in the national economic recovery program (PEN), as well as the monetary policy mix provided by BI, as well as the business credit restructuring program. In addition, the improvement in economic conditions was also supported by increasingly advanced digitalization, especially in the fields of payment transactions as well as communication. Improvements in economic conditions are also inseparable from the relaxation of large-scale social restrictions (PSBB) carried out by the government and also the implementation of the new normal, in which people can start to carry out economic activities by paying attention to their health protocols. (Kontan)

-RECOMMENDATION-
Rupiah Appreciation Supports Initial Auction. Earlier this week, the rupiah exchange rate weakened 0.43% to IDR 14,800 / USD on the spot market. Meanwhile, BI’s middle rate strengthened 0.15% to the level of IDR 14,867 / USD. A number of market players tend to avoid the US dollar, post US economic and political uncertainties. In addition, the initial SUN auction this quarter was also supported by the decline in the risk profile for investing in Indonesia. Indonesia’s CDS 2-year tenor recorded the deepest decline, down to 4.3%. Then followed by the 5-year and 10-year tenor Indonesian CDS, which fell by 2.6% and 1.6%, respectively. Investors can take advantage of this momentum to selectively buy FR0086 and FR0087. 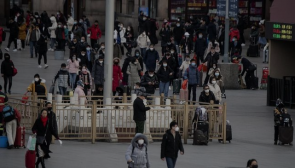 SUN Benchmark Mixed Amid The Lack of Sentiment This Week

SUN Benchmarks are mixed, amid the lack of sentiment this week. FR91 recorded a 4bps yield increase to the level of 7.30%, amid a wait-and-see attitude for the release of Indonesia's inflation data for the September period, on Monday next week.

SUN benchmarks were mixed, ahead of September inflation data which broke 1%. Based on a Bloomberg survey, Indonesia for the September MoM period is projected to record an inflation rate of +1.1% (Vs. Aug. deflation -0.21%).

Investors Are Worried About The Fed’s FY22E Interest Rate

Although the September FFR increase of +75Bps has been Price In, investors are worried about the Fed's FY22E interest rate hike to the level of 4.4% from the current 3.00%- 3.25%.