-GOVERNMENT BONDS-
Foreign Capital Inflow Pushes the Highest ICBI This Year. Based on data from the Directorate General of Financing and Risk Management (DJPPR), foreign investor ownership was valued at IDR 950.2 trillion as of October 21, 2020. This figure increased compared to early October, which was IDR 934.8 trillion. This capital inflow prompted the movement of the Indonesia Composite Bond Index (ICBI) to close at the level of 300.71 on Thursday (22/10) yesterday. Foreign investors responded positively to Bank Indonesia (BI), which kept the BI Seven Days Reverse Repo Rate (BI 7-DRRR) at 4%, and passed the Employment Creation Law. NHKSI Research sees that BI’s efforts to be able to maintain the stability of the rupiah exchange rate will make foreign capital inflow continue to increase. Yesterday, the benchmark series Government Securities (SUN) closed mixed, responding to the delay in the agreement to provide stimulus for the United States (US). Yield on 10-year government securities edged up 0.4 bps to 6.59%. The yield increase was also seen on the benchmark 15-year SUN FR0080, up nearly 2 bps to 7.17%.

-CORPORATE BONDS-
Indika Energy Aims for USD 750 Million Global Bond Issuance. Indika Energy Tbk (INDY), through Indika Energy Capital IV Pte Ltd, plans to issue global bonds of up to USD 750 million. The proceeds from the bonds issuance will be used to accelerate the settlement of global bonds maturing in 2022 and 2023 and to diversify business capital. The company said that the maturity of the new global bonds is a maximum of 2027 and a maximum interest rate of 9.75 percent per year. Meanwhile, global bonds that will have an accelerated repayment consist of 6.875% senior notes issued by Indika Energy Capital II Pte Ltd with maturities of 2022 and senior notes of USD 500 million with a 6.375% coupon due in 2023 issued by Indo Energy Finance II B.V. Moody’s Investors Service has also assigned Indika Energy’s latest global bond a Ba3 rating on October 12. At the same time, Moody’s also assigned a Ba3 corporate family rating (CFR) for Indika Energy, and Ba3 for the company’s three old senior notes. (Investor Daily)

-MACROECONOMY-
BI: Inflation is Below Target. Bank Indonesia (BI) again revealed that inflation in 2020 will miss the previously set target, which is at the level of 2% -4%. CPI inflation at the end of 2020 will remain low and even lower than 2% or below the lower limit of the target of 2% plus minus 1%. However, the inflationary movement will begin to return to its target range in 2021. In fact, there are several risks that have emerged and need to be watched out for. These risks include increasing domestic demand as the national economy begins to recover. In addition, the continuity of food supply and distribution between regions and across time, as well as the restrained response from monetary expansion in 2020. (Kontan)

-RECOMMENDATION-
US stimulus giving doubts, hit bond markets over the weekend. The rupiah exchange rate is projected to be under pressure again, along with market players’ doubts about the disbursement of US stimulus before the election. The US Democrat Party asked for a new meeting to discuss the stimulus, as there is still opposition from the Senate Republic. Investors also responded negatively to the US political conditions ahead of the election, resulting in liquidation of risk assets in emerging markets. Yesterday, the rupiah exchange rate closed lower, both on the spot market and BI. Rupiah on the spot market closed down 0.19% to IDR 14,660 / USD, with BI’s middle rate weakening 0.27% to IDR 14,697 / USD. Investors can start to look at PBS025 and PBS028, which are the most popular series in the previous sukuk auction. 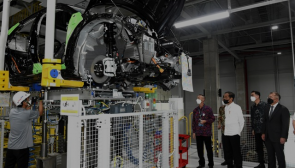