-GOVERNMENT BONDS-
External Sentiment Colored Market Weekend. The US released data on US jobless benefits claims for the week of 870 thousand people. This figure is more than the market estimate of 850 thousand claims. Meanwhile, US new home sales data was positive with more than 1 million housing units sold in August, beating market estimates of 898 thousand units. A number of market players are watching the economic recovery in the coming months. Post, some parts of the economy are doing well, but some sectors are also slowing down again. Meanwhile, the fiscal stimulus has yet to produce results. Previously, the Democratic Party was reported to be preparing a stimulus package worth USD 2.4 trillion. This value is greater than the approval of the Republican Party and the US government. Without fiscal stimulus, market players are projecting US economic growth of 3% in 4Q20, or down from the previous projection of 6%. The majority of domestic SUN prices closed lower on the weekend, with 1-year and 20-year tenors recording price increases. On the other hand, the yield on 10-year government securities fell 0.3 bps to 6.92%.

-CORPORATE BONDS-
Pefindo Affirms Rating A- Sarana Armada. The Indonesian Rating Agency (Pefindo) affirms A- rating for Adi Sarana Armada Tbk (ASSA) with a stable outlook. The ratings reflect its strong position in the vehicle rental industry, stable revenue stream with diverse business segments, and favorable fleet profile. However, the ratings are constrained by its high level of financial leverage, risks related to the development of the courier business, and sensitivity to macroeconomic growth that has the potential to suppress business growth. According to Pefindo, the company’s rating can be raised if it exceeds the revenue and EBITDA targets, especially in the courier and vehicle rental business, which are expected to be the main revenue earners in the near future. The company is increasingly expanding by planning to launch a new business in the field of repair services, named fixaja in 4Q20. This new venture is projected to require an investment of IDR 10 billion, which comes from the company’s internal budget. For the record, in 2019 the company has formed an end-to-end logistics business line, namely Tri Adi Bersama, which is a technology-based express delivery service provider with the Anteraja brand. Apart from forming a new business, the company has also received approval to conduct a right issue of 1.13 billion new shares issued from the exchange of convertible bonds. (Investor Daily)

-RECOMMENDATION-
The increase in daily cases of Covid-19, still overshadows the movement of the domestic bond market earlier in the week. Concerns that the high daily Covid-19 cases, which reached 4,000 cases, will hold back the movement of bonds this week. Investors are also keeping a close watch on the interest in external sentiment for the second wave of Covid-19 in Europe and a number of releases of improving US economic data. This sentiment has resulted in an appreciation of the US dollar exchange rate. Market participants are also looking forward to the inaugural debate ahead of the US elections in November. Meanwhile, the additional stimulus proposed by the Democrat Party of USD 2.2 trillion will increase the supply of US dollars. Meanwhile, investors are still looking forward to the release of a number of global economic data such as the US consumer confidence level in September, China’s manufacturing PMI and UK economic growth data. During the weekend, the rupiah strengthened slightly by 0.1% to IDR 14,873 / USD on the spot market. Meanwhile, BI’s middle rate weakened 1.2% to IDR 14,951 / USD. 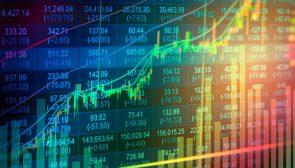