The US market equally contracted by around 1%, started by the Dow Jones slipping 1% or 339 points, followed by the Nasdaq minus 1.5% and the S&P500 falling by 1.2%. The US employment data duo came out better than the forecast, namely ADP Nonfarm Employment Change (Dec.) of 235K, higher than the forecast of 150K and 182K at the previous period; while Initial Jobless Claims recorded at 204K, lower than the forecast of 225K and 223K. This data further reinforces the idea that the Fed must work harder to create a balance between supply and demand in the tight labour market, which risks the chance of driving up the workers’ wages. These two reports will precede the US Nonfarm Payrolls, which predicts that the economy created around 200k job openings last Dec and the Unemployment Rate remains at 3.7%. The Wage Growth (Dec.) is also expected to weaken by 0.4% MoM or 5% YoY from the previous month of 0.6% MoM and 5.1% YoY, respectively.

The JCI got hit by a sell-off wave amid the greening majority in Asian stock indices, dropping by 2.34% to 6653, back to the Support from previous low points in last December and July at around 6680-6640. The weakening happened across the board, not to mention the large-cap stocks that were also in the red, which dragged down the JCI. Foreign recorded a Net Sell of IDR808 billion, bringing their total net sell to IDR 1.65 trillion over the past week. Indonesian capital market investors/traders are advised to Wait and See first, waiting for confirmation that the current Support level is functioning well. However, there is a little of optimism from the RSI positive divergence. 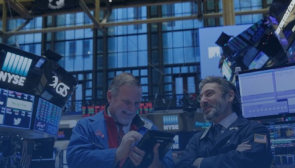