The major US indexes continued their downward trend on (20/01); with S&P 500 falling 1.1%. The release of weekly jobless claims data rose to 286K; far exceeding the estimate which is at the level of 225 thousand. Meanwhile, crude oil prices fell from their highest levels; after inventories were reported to have increased by 515 thousand barrels in the last week.

Domestically, JCI managed to close higher by 0.53% yesterday; at the same time ending 3 days of declines. The upward trend in commodity prices remains a positive catalyst, marked by the energy sector which went up 2.39%. Towards the end of the week, the benchmark index still has a limited chance to rally with a projected range of movement at 6,600 – 6,700. 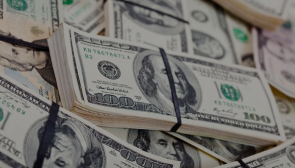 Strong Dollar has a negative impact on export-oriented issuers, investors are also anticipating a number of retail issuers, which offer bigger discounts, in order to reduce the buildup of inventory, which then has the opportunity to suppress margins.