High Dependence on Subsidized KPR
In 2017, BBTN booked the credit distribution of IDR199.0 trillion growing 21% y-y. The average growth of around 20% was consistently maintained since 2015. However, the double-digit growth higher than the banking industry’s growth was heavily affected by the surge of 32.5% in 2017’s subsidized mortgage loan (KPR). The subsidized KPR portion of IDR75.3 trillion or 37.5% of the total credit constituted as the main contributor to the credit.

However we project that in 2018, the profit will only grow slightly compared to the growth of 15.6% in 2017’s profit. The government intervention in the subsidized KPR rate and the high funding portion of time deposit is setback in achieving the spectacular growth. 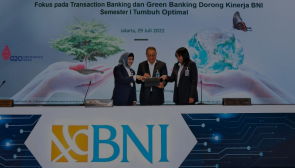