IMF: Indonesia’s Fiscal Policy Complying with Set Direction
Indonesian government claimed that Indonesia’s current debt is not at an alarming level. Based on the record of the Ministry of Finance, the debt of Indonesian government increased by IDR74.7 trillion; therefore, its total debt was IDR 2,227.6 trillion until March 2018. Although the total of Indonesia’s debt is not yet reaching alarming level, the Advisor and Director of International Monetary Fund (IMF) Fiscal Affair Department Vitor Gaspar stated that Indonesia must have a long-term fiscal plan, includ-ing in term of debt. He added that Indonesia’s current tax ratio is still low; therefore, it has rooms for hiking its tax ratio. Additionally, Indonesia is still capable of making use the long-term monetary management due to its manageable debt level.(Kontan) 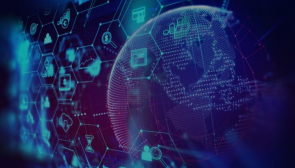