JCI’s Steep Dive
Last week, a flood of negative sentiments dampened JCI. Chinese retaliated against American levies, taking into effect on May 10th, 2019, with hiking tariffs from 5% to 25% on US$60 billion worth on American goods, effective on June 1st, 2019. It sent a worrying signal of stunting growth for those two economic powerhouses. Chinese production at 5.4% in April, lower than March was bruise left by escalating frictions. China even previously slashed its 2019’s economic growth at 6%-6.5%. If the downward revision tumbles into the lowest threshold, Indonesia is likely to get bruise as JCI closed negative, at most. On Wednesday (05/15) and (05/16), JCI recorded IDR998 billion worth of foreign outflows. Investors panicked that the more bruising backdrop of tit-for-tat tariffs will curb companies’ earnings, so they pulled their capital out from Asian emerging markets, including Indonesia. From domestic backdrop, US$2.5 billion worth of April’s trade balance deficits dimmed investors’ optimism and rattled JCI at (- 6.2%) as slumping prices of Indonesian exported commodities widened deficits. Trump’s warning signs of threat to American technologies added Huawei Technologies to the Bureau of Industry and Security (BIS) Entity List exacerbated bruise of the US-China trade frictions. 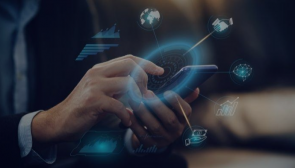