JCI was reigning at Red Zone
Trump’s stance of suspending the 5% tariff against Mexican goods as Mexico enacting laws against illegal migration to the US was one of the global sentiments for JCI. The Fed signaled to cut FFR after the bruising trade battle slashed the growth of the US PMI to only settle at 50.9 in May, lower than 53 in April. The number exaggerating worries about the US’s lagging economic growth in 2Q19. Trump threatened to impose additional tariffs on Chinese goods if no mutual trade deals reach in this late month’s G-20 summit where Trump and Xi Jinping is supposed to meet. Trump’s threat heightened trade war’s frictions, yet Chinese exports slightly dropped by 1.1% in May, better than April’s 2.7% drop. JCI was received mixed domestic sentiments. May’s 0.68% m-m or 3.32% y-y increase in inflation was quite reasonable as Ramadan fell in May; it was a positive catalyst for JCI to hike by 1.30% to 6,289. BI’s signal of cutting 7 Days Reverse Repo Rate (7-DRRR) coupled with benign inflation and its efforts to support domestic economic growth was a boost for JCI, experience a tepid close at 0.47% on Wednesday (06/13) due to profit taking and lower-than-estimate forex reserves. April’s 6.7% increase in retail sales, a sharp surge from 4.1% y-y in April 2018. Although April’s surging level indicating a solid signal on consumers’ appetite for purchasing, it failed to drive JCI up as JCI was at tepid close to 6,250 on Friday (06/14). 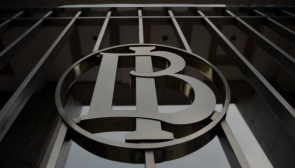 BI 7DRRR September’s hike to +50Bps, is a BI’s monetary dose that is rarely given. NHKSI Research sees BI Front Loaded Hawkish's aggressive decision, in order to suppress inflation according to the target below 4% YoY until 1H23 ahead.

JCI forms a support level of 7,200 ahead of 4% BI 7DRRR in September. Energy rose 3.7%, leading sectoral gains for the week, as the European continent's energy crisis pushed coal prices on the Newcastle ICE market to hit a new record level of USD461.07/Ton, or up nearly 6% after Gazprom stopped indefinitely supplying natural gas to the Eurozone.