Benign Inflation of 2018
The 2018 inflation settling at 3.13% was benign. The figure was much lower than that of 3.61% in 2017 and by far the modest compared to the last 3-year inflation average of 3.33% y-y. On the other side, the monthly inflation in December stood at 0.62% m-m, higher than that in November of 0.27% m-m. Such seasonal factor as the year-end-picking-up demand was the logical takeaway for December’s inflation. That backdrop was portrayed by the climbing-up inflation in volatile and administered prices component. For example, the volatile component marked the inflation of 1.55% m-m; the administered prices recorded the inflation of 1.20% m-m.

Apple’s Stocks Dive to 9.96%
The U.S. markets were reigning in selling mood as Wall Street plunged due to the massive selling of Apple’s stocks. Apple’s stocks made the worse performance by diving deeper to 9.96% on last Thursday trading session after iPhone maker lowered its weaker revenues projection attributable to lagging sales. It also blamed the slowdown in China’s economy and the narrowing number of iPhone’s new users. Those two factors underline the lower revenues projection. It estimated to secure revenues of USD84 billion: much lower than the prior –estimated revenues hovering at USD89 billion to USD93 billion. 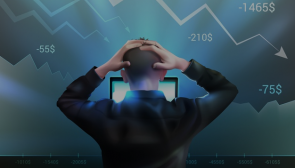 HANG SENG & DJI closed their tradings last week with positive notes as the indices gained 2.08% and 1.7%, respectively, while JCI is still struggling in the negative territory of -0.64% as the aftermath of IDR2.41 trillion Foreign Net Sell from all markets.