JCI’s Slight Pickup
Global and domestics sentiments were catalysts for JCI’s last week movements. Markets worried the ban on purchasing the US made tech. Spare parts against 5 Chinese hinders trade deals to be negotiated between Trump and Xi at the G-20 meeting. Anticipating intensified trade disputes, markets took wait-and-see stances as they are awaiting the outcome of Trump and Xi’s trade talks. Moreover, the US challenge against India’s levies on 28 the US made goods weighed on JCI’s pace. The US trade battles with its partners left JCI slow at 0.51%. Powell’s emphases on 25 bps rate cut on the back of wobbly global economy and the Fed’s independence from Trump’s 50 bps rate cut pressures were setbacks for JCI’s performance. The US leaving tariffs of USD300 billion on Chinese goods postponed eased JCI’s movement. From domestic highlights. In the domestic backdrop, May’s trade balance surplus of 210 million was not strong enough to gear JCI’s pace up. Of note, the surplus was attributable to May’s export growth of 12.42% to hit USD14.74 billion, followed by a 5.62% import decline to IDR14.53 billion. JCI’s movement even suppressed more by trade disputes bruising commodities prices as Indonesia is the world’s major exporter of copper ore, CPO, coal and nickel ore. That was the culprit in JCI’s tepid close at 0.43%. On Friday (06/28) the Constitutional Court (MK) read out the verdict on Prabowo-Sandiaga’s petition against 2019 massive electoral fraud and found the appeal had no evidence. The verdict lawfully legitimated the victory of Joko Widodo-Maruf Amin at the 2019 presidential election. It gives hints for markets to project of Indonesia’s next 5-year economic and political outlook. 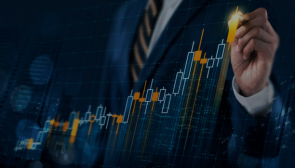 JCI forms a support level of 7,200 ahead of 4% BI 7DRRR in September. Energy rose 3.7%, leading sectoral gains for the week, as the European continent's energy crisis pushed coal prices on the Newcastle ICE market to hit a new record level of USD461.07/Ton, or up nearly 6% after Gazprom stopped indefinitely supplying natural gas to the Eurozone.

Economists are wary of Core Inflation hitting 3%, indicating inflation has reached producer levels. Although the August Headline Inflation was maintained below 5% on an annual basis, and recorded a deflation of 0.21% on a monthly basis.