US stimulus pushed the market early in the week

-GOVERNMENT BONDS-
The movement of the Government Securities (SUN) market returned to strength as Trump approved the State Budget Law (UU) for fiscal 2021 worth USD 2.3 trillion. This determination is also in the midst of the United States (US) government which is spared from a temporary shutdown. Previously, Trump considered the direct cash assistance worth USD 600 too small. This tug of war of certainty has made market players to play aggressively and pursue investment instruments from developing countries, including Indonesia. The market earlier this week also received positive sentiment, the UK and European Union agreement was reached. On January 1, 2021, the transition period between Britain and the European Union (Brexit) will end, and there will be an agreement to determine the future of trade between the two. SUN prices closed relatively higher on Monday (28/12), with the yield for series FR0082 at the level of 6.04 percent.

-MACROECONOMY-
The Government Increases the KUR Ceiling. The government will increase the people’s business credit (KUR) ceiling or subsidized credit to IDR 253 trillion in 2021. This amount is higher than the previously set ceiling of IDR 220 trillion Coordinating Minister for the Economy Airlangga Hartarto said that the increase in the ceiling was a response to the enthusiasm of MSME players for the presence of KUR with low interest rates and also the hope of MSME business recovery. (Kontan)

-RECOMMENDATION-
Investors are Back to Pay Attention to the 2021 SUN Benchmark. Market players may return to the 2021 SUN benchmark set by the government last week. On the other hand, market movements towards the close of 2020 were influenced by positive external sentiment, as Trump approved the State Budget Law (UU) for fiscal 2021 worth USD 2.3 trillion. Investors can look back at the FR0086, FR0087, and FR0083 in today’s trading. 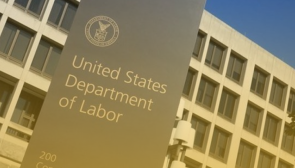