SUN Benchmarks are slightly depressed, ahead of the meeting of a number of Central Banks on Thursday West Indonesia Time, which is projected to return to Hawkish for the September period, including BI +25Bps (4.00%); The BoE +50Bps (2.25%) and the Fed +75Bps (3.00%-3.25%), according to a Bloomberg survey. Yesterday, investors also anticipated the emergence of aggressive Hawkish speculations by the Fed and BI which could raise interest rates up to 100Bps and 50Bps, respectively.

Domestic Issue
Toll Tariffs Will Immediately Rise Due to Fuel Price Increases. The Ministry of Public Works and Public Housing (PUPR) plans to make adjustments or increase toll rates. This step was taken in view of the revival of the national economy and the new regulations related to the price of fuel oil (BBM). Even so, the increase in toll rates will take into account the ability of the community as seen from the survey results. (Kontan)

Recommendation
An increase in the Fed’s interest rate which is in line with expectations (Vs. Speculation +100Bps), can be a positive market sentiment today. Investors are also looking forward to the results of the BI RDG which is projected to raise the BI 7DRRR by +25 bps to 4.00% for the September period. Meanwhile, the ADB’s upward revision of Indonesia’s economic growth projection from 5.0% to 5.4% in 2022 is another positive sentiment. 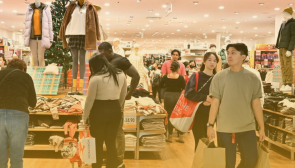