Suppressed CPO Selling Prices
LSIP posted the decrease of 10.8% in sales from IDR1.0 trillion in 2Q17 to IDR894.9 billion in 2Q18. It was attributable to the decline of 32% in global CPO prices of early January 2017. The decline in sales swept in all agribusiness sectors, including Bloomberg Agricultural Index decreasing by 22.6% since the early of 2017.

B20 Mandatory, Boosting Demand for CPO
As the world’s first CPO exporter, the Indonesia government cushioned the rising crude prices by implementing B20 mandatory taking into effect since September 2018. The government through the mandatory urges the use of B20 in non-PSO (Public Service Obligation) sector including private vehicles, trains, power plants, and heavy machines. The more expensive crude prices likely accelerate the implementation of B20 mandatory inevitably resulting in 2019’s positive CPO outlook. This backdrop is attributable to the high demand for CPO on the back of B20 mandatory. 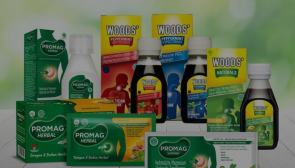