-GOVERNMENT BONDS-
Investors responded positively to the release of domestic economic data earlier in the week. April 2021 inflation was 0.13% MoM or higher than 0.08% MoM in the previous month. Meanwhile, Indonesia’s manufacturing performance has expanded again, recording the Manufacturing PMI for April 2021 to 54.6 from 53.2 the previous month. Previously, the Indonesian Manufacturing PMI in March 2021 was at 53.2 points, the highest point in the last 10 years. The 10-year SUN yield FR0087 recorded the yield at the level of 6.48%.

-RECOMMENDATION-
Positive Economic Recovery Signals for Capital Inflow. Apart from the start to increase in the level of private consumption and improvement in the performance of Indonesian manufacturing, the growth in the flow of foreign funds into the domestic SUN market was also supported by the rupiah exchange rate. In the short term, investors are paying close attention to FR0086 and FR0087. As well as FR0083, which still recorded a yield above the 7% level. Today, the government is again offering PBS027, PBS017, PBS029, PBS004, and PBS028 in a Sukuk auction. In the previous Sukuk auction, expectations of high yields exceeded fair returns. This made the government not win PBS029 (12.9-years), and the low nominal won by PBS017 (4.5-years) and PBS004 (15.8-years) in the Sukuk auction in mid-April 2021. 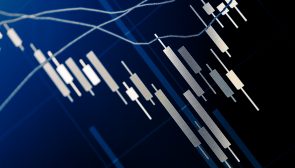