Why Domestic Mutual Fund has been grown up rapidly?

Based on data in 2019, the asset under Indonesia Domestic Mutual Fund has increased 2 times compared to 2015. It’s totally affected by government stance to promote and grow its market by having a campaign ‘Yuk, Nabung Saham’ started from 2016. In conclusion, domestic mutual fund asset reached at IDR 545 Trillion with 2,184 funds registered in Indonesia.

In 2019, the average daily trading value of stock in Indonesia reached IDR 9,106 Billion even though there were some negative factors outside of Indonesia such as trade-war. The point notable is trading activity by domestic side has been increased significantly and its ownership as well. Based on it, we estimate that domestic people’s interests on Indonesia Stock Market can be increased more as time goes. 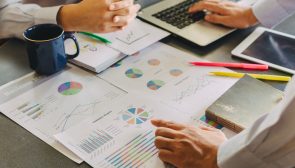 From 2018, the trading of government bond in Indonesia has been rapidly increased and reached at IDR 27,660 Billion in 2019.