Incoming Bid Reaching IDR 20.2 Trillion. The Sukuk auction on Tuesday (31/5), recorded an incoming bid of IDR 20.22 trillion, for a total of six series consisting of one SPN-S and five project-based sukuk (PBS). The number of auctions this time recorded an increase of 18.8%; compared to the previous auction bid amounting to IDR 17 trillion. The Sukuk auction this time was supported by the improvement in the US bond market and the appreciation of the rupiah.

Domestic Issue
BI: Economic Rate of 2023 Maximum 5.5%. Bank Indonesia (BI) estimates that the country’s economic growth will be in the range of 4.7% to 5.5% in 2023. This projection is lower than the government’s assumption of 5.3% to 5.9%. Even so, the projected economic growth is higher than this year’s target, which is 4.5% to 5.3%. Specifically for inflation, BI estimates that Indonesia’s inflation will touch 4.2% this year. This means that the inflation rate will exceed the target of 2% to 4% percent. (CNN Indonesia)

Recommendation
FFR Hike Effectiveness. Entering June, investors are again looking at the effectiveness of the Fed’s Hawkish stance, as US inflation for May period is projected at 0.7% MoM, higher than the previous month’s inflation of 0.3% MoM. NHKSI Research sees that if US inflation has not slowed down, then the Fed reacts more aggressively beyond expectations, potentially causing the market to fluctuate again. On the other hand, Indonesia’s May inflation is projected to be low at 0.41% MoM (Vs. Apr. 0.95%), or inline with BI’s Dovish stance, becoming positive sentiment today. 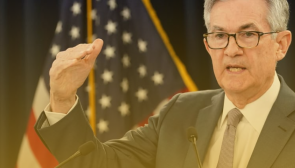