We oversee that net revenues, excluding taxes, remained to hike higher than 11% amid the surge of 10.4% in 2017 excise cigarette. It indicated GGRM’s robust pricing power. In light of its robust pricing power, we project that in 2018 net revenues, excluding taxes, remains to top 11% despite the increase of 11.3% in excise imposed on machine-made kretek (SKM) I tier; therefore, net revenues are estimated to hike by 9.4% amid the downtrend of national cigarette production figures as of 2016. 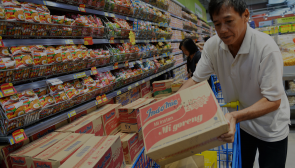