How did you get the change for M&A advisory?

Could you briefly explain on Indonesia M&A Activity?

The Indonesia Business Competition Supervisory Commission (KPPU)’s website registered 69 M&A deals in 2018 that met the threshold for merger notification to the KPPU, with a total value of approximately IDR 150 trillion ($10 Billlion). In addition, based on figures from the Indonesia Investment Coordinating Board (BKPM), investments from January 2018 to September 2018 reached IDR 535.4 trillion.

Private M&A transactions still dominate the market (as confirmed by public data from the KPPU). The most sensible reasons are that the complex regulatory framework and procedures for M&A involving public companies often lead to lengthier deal times and costlier transactions.

Do you think now is good timing for M&A in Indonesia?

There are two significant regulatory updates that have had an impact on M&A transactions. These are the new Government Regulation No. 24 of 2018 on Electronically Integrated Licensing Services and BKPM Regulation 6. Since the issuance of these regulations, investment and business licenses are now obtained electronically and integrated through the OSS system rather than through the manual applications in the past.

The government of Indonesia is looking at amending the current Indonesian Investment Negative List to allow full foreign ownership in a greater number of business sectors.

Furthermore, the OJK seems to be looking at relaxing the so-called Single Presence Policy provision for banks, which currently limits a shareholder to the control of only one Indonesian bank (with certain exceptions under specific circumstances).

Finally, practitioners are now expecting the new Anti-Trust Law to be enacted in 2019 (after several years’ postponement). One significant change in this law would be the amendment of the merger notification requirement from post-notification to prior approval.

Based on above current situation, it is good time for aggressive M&A in Indonesia to expand your business and make its synergies. 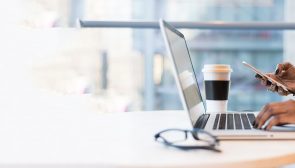 NH Korindo Sekuritas under NH Financial Group has been listed as top 10 securities in Indonesia by a top-performing economy magazine ‘Investor’.