IPO Number has increased rapidly, Why?

In Indonesia IPO Market, there are two things that you need to know. First of all, the averaged profit after three months from the listing date was about 240%(+/-) from offering price. Second, its daily-averaged transaction valuation was significantly small to do exit. Based on our research comment, it is because of the lack of recognition on the capital market and high deposit-interest from banks. 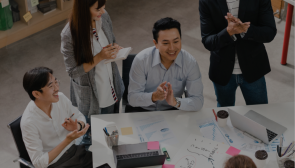