A Monetary Dose of BI That Is Rarely Given

The increase in BI’s 7DRRR in September to +50Bps, is a monetary dose of BI that is rarely given. NHKSI Research sees BI Front Loaded Hawkish’s aggressive decision, in order to suppress inflation according to the target below 4% YoY until 1H23 ahead. This continued Hawkish also, at the same time made the 4Q22 domestic economy face an era of high interest rates. From a global perspective, the third FFR +75Bps increase opened the way for the aggressive Hawkish of a number of other Central Banks, increasing the risk of a global economic recession.

Recommendation
The absence of the October FOMC Meeting gave the government securities market the opportunity to determine its own direction of movement. Previously, the FOMC Meeting Results tended to be a weighting sentiment for the JCI. Furthermore, the lack of sentiment this week has made investors start to pay attention to the release of Indonesia Headline Inflation data for September, Monday (3/10) next week, which is projected to record an increase rate of 5.90% (Vs. Aug. 4.69%). 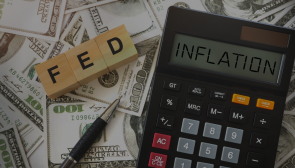