Core inflation data in Dec. from the Eurozone was recorded to fall to the level of 9.2% (lower than forecasts and the previous period), although core inflation still rose by 5.2% YoY vs the previous 5%. Moreover, Construction PMI (Dec.) England also shrunk to 48.8 from 50.4. The US ISM Non-Manufacturing Purchasing Managers’ Index (PMI) fell to 49.6, lower than the forecast and previous period at 55 and 56.5, respectively The three macro data above show the trend of overall economic contraction in various parts of the world, both from the consumer side and the producer side in the manufacturing and non-manufacturing sectors. Nonfarm Payrolls (Dec.) data also showed that it began to gentle with a labor increase of 223K, below the previous month of 256K, although the Unemployment Rate (Dec.) still grew by 3.5% indicating that worker demand is still at a high level. This fosters hope that finally the cure for high Inflation, which is aggressive rate hikes, is starting to show the expected effect with declining inflation rates and the business sectors starting to contract.

Corporate News
Indonesian Eximbank Prepares Principal Funds for Bonds. The Indonesian Export Financing Institution (LPEI) or Indonesian Eximbank (BEXI) prepared an IDR1.65 trillion fund to pay the bond principal. This readiness is related to the upcoming maturity of the Indonesian Eximbank III Sustainable Bonds III Phase IV Year 2018 Series B. The bonds will mature on February 14, 2023. The company emphasized that the funds have been placed in several liquid financial instruments, including banking institutions.

Domestic Issue
An Increase in Foreign Exchange Reserves Experience Indonesia’s foreign exchange reserves at the end of December 2022 reached USD 137.2 billion, went upwards by USD 3.2 billion from the position in November; owing to tax and service revenues, as well as the withdrawal of government loans. Thus, foreign exchange reserves have increased for two consecutive months after previously declining in the March-October 2022 period. Even so, the IDR exchange rate remains unmoved from the position of RP 15630 / USD, the reason is estimated due to the withdrawal of the above loans poses the risk of foreign exchange reserves falling again. This strengthens the forecast if the supply of USD in the country is quite thin, especially since the demand at the end of the year is also large. (CNBC Indonesia)

Recommendation
US10YT tests Support lower channel around 3.56-3.50. If this Support breaks, the yield of US10YT will weaken to the following Support of 3.42-3.4 and has the potential to disrupt the uptrend of medium-term yield. If it is able to rebound, then the upward path is quite winding. The US10YT should try to surpass the MA Resistance in the yield range of 3.68-3.76 first, before heading towards the resistance short-term yield at 3.85 and the previous high level 3.90. ADVISE: very Speculative Buy. ID10YT has experienced strengthening towards the nearest term target of 7.11 and is currently in the midst of a pullback towards Support yield 7,056 7.04 / 7.02 / 6.98-7.0. ADVISE: Buy on Weakness because the TARGET of another bullish reversal pattern implies a potential up-swing until 7.2-7.23. ADVISE Average Up > 7.12. 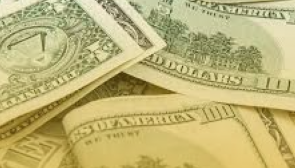