Lowest jobless claims in three months put emphasis on the strength of the labor market, even after the Fed raised FFR by +225Bps since March 2022. Wall Street simultaneously rose, each closing up 0.6%. Data shows that Initial Jobless Claims for the week ending on September 3 were recorded at 222K (Vs. Prev. 228K; Surv. 235K) or down 3% on a weekly basis. Solid labor market, alleviated fears of continued contraction in the US 3Q22 GDP, as 1H22 experienced a Technical Recession (GDP: 2Q22 -0.6% QoQ; 1Q22 -1.6% QoQ). Wall Street’s strengthening was also amid the aggressive Hawkish ECB which raised the Main Refinancing Rate in Sept. +75Bps to 1.25% (Vs. Aug. 0.50%), for 19 Euro user countries.

Survey: BI 7DRRR September at 4%. Although the gain was trimmed from the first session which had appreciated 1%, the JCI managed to continue closing above the psychological level of 7,200 yesterday. Investors responded positively to the government efforts to issue USD2.6 billion worth of Global Bonds, in order to maintain forex reserves, which was flat at the level of USD132 billion in the last two months, as the Rupiah depreciated to IDR14,900/USD. Meanwhile, a Bloomberg survey shows that the BI RDG on the third Thursday of September is projected to raise BI 7DRRR +25Bps to 4.00% (Vs. Aug. 3.75), in line with the significant increase in subsidized fuel prices for Pertalite and Solar, each by more than 30 percent. NHKSI Research projects that JCI will rebound from the Support Lower Channel, with Support: 7.186 / 7,160 and Resistance: 7,280-7,288 / 7,300 / 7,350. 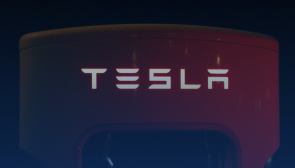 The Dow Jones closed marginally up 28.7points on Friday, wrapping last week's win underpinned by an above-expected 4Q22 GDP growth and Tesla's share price surge, which managed to hoist the Nasdaq into positive territory for the 4th consecutive week.