Pelosi’s visit puts the US in a position to defend Taiwan’s independence. Biden’s political stance against the principle of One China Policy, the claim that Taiwan is an integral part of China’s sovereignty, has made the China-Taiwan political escalation heat up. The People’s Liberation Army fighter fleet moved closer to Taiwan, responding to the arrival of 4 US warships in Eastern Taiwan. This negative Asian sentiment pushed investors to tend to Risk Off the stock market, and Risk On Safe Haven Greenback. The Dow Jones fell more than 1%, leading Wall Street’s decline, in contrast to DXY’s 0.8% gain on a daily basis past the psychological 106 level. Investors also responded negatively to the labor market slump, US JOLTS Job Openings June data fell 5.4% to 10.7 Million (Vs. May 11.3 Million).

Investors are interested in the Big Four Bank, as Core CPI is maintained below 3%. JCI once again approached the psychological level of 7,000, before being pressured to the level of 6,902 in Session 2 and closing upward 19 points. Market participants were still interested in shares of the Big Four Banks, as there is room for BI to maintain BI 7DRRR at 3.50%, in line with CPI Core which is still within BI’s target of 2%-4%. Yesterday’s JCI movement was also amid expectations of Indonesia’s 2Q22 GDP which is projected to grow 5.20% YoY (Vs. 1Q22 5.01% YoY). Meanwhile, the strengthening of Greenback put pressure on the Rupiah, which had depreciated near the level of IDR14,900/USD, before finally closing down 0.1% on a daily basis. NHKSI Research projects that JCI has the potential to consolidate with Support: 6900/6850 and Resistance: 7000-7032/7150-7175, making us recommend Sell on Strength/Hold. 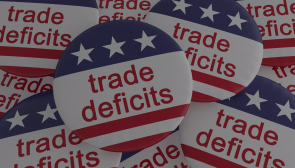