Jobless claims fell 2% within the week, again giving the Fed a Hawkish room. Data showed that US Initial Jobless Claims as of Nov. 12 went down as many as 222K claims (- 2% WoW), indicating the labor market remains solid while complementing Resilient Consumers amid high inflation and Borrowing Costs. Thus, this raised the probability of an increase in Dec. FFR, by +75Bps, from 15% to 19%, according to a FedWatch CME survey. Additionally, the assumption of an increase in FFR +75Bps for the fifth time in December again brings speculation about the US economic recession, making the spread of UST2Y Vs. UST10Y Yield Inversion widen, approaching 70Bps or the widest spread in 2022.

Investors digested the BI 7DRR 50Bps hike for the third time, and the Financial sector rose by 1%, leading to the sectoral gain. The increase in BI 7DRR 50Bps or Front Loading signaled that BI’s stance remains Hawkish to maintain the Core Inflation below 4% up to 1Q23. Currently, Indonesia’s Core Inflation in Oct. is at the level of 3.31% YoY (Vs. Sept. 3.21% YoY), and BI projects that it will still rise to the level of 3.50% YoY by the end of 2022. The increase in the BI 7DRR, which was in line with the market expectations, however, has not been able to dampen the rupiah depreciation, which once touched the IDR15,700/USD. Thus, NHKSI Research projects that today’s JCI tends to move sideways. 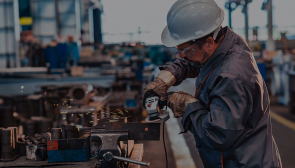