Wall Street closed lower on Thursday, as a rise in the benchmark 10-year US Treasury yield to 2.83% (+13bps) pressured growth stocks. Varied sentiments from the performance of leading issuers in the United States (US) 1Q22 also influenced the market movements. Inflation was high, in line with the March US Consumer Price Index (CPI) which was 8.5% YoY (vs. Cons. 8.4% YoY), and the Producer Price Index which rose 11.2% YoY (vs. Cons. 10.6% YoY), making investors interested in defensive stocks which tend to offer dividends.

JCI fell by 27 points on Thursday, amid BI’s Dovish attitude (Vs. the Fed’s Hawkish). Investors are looking forward to the release of data from the Bank Indonesia Seven Days Reverse Repo Rate (BI 7DRRR) on Tuesday afternoon, which is projected to stay at its lowest level of 3.50%. This contrasts with the Hawkish stance of the Fed, where the Fed Funds Rate rose 25 bps last March, and speculation of a 150 bps increase in the next three months. Market participants are watching BI’s Dovish stance, which will only increase the BI 7-DRRR if there is a fundamental increase in inflation, where the indicator is an increase in core inflation. 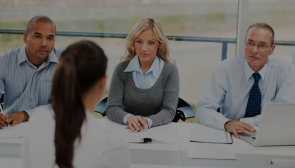