Wall Street’s major indexes closed lower (16/12); marked by a sharp decline on Nasdaq of 2.47%. Signals from the Federal Reserve to raise interest rates next year began to put pressure on growth-based sectors such as technology. Meanwhile, crude oil prices strengthened after the US Department of Energy announced a significant decrease in oil reserves.

Domestically, JCI closed lower by 0.47%; in the midst of foreign net sells worth IDR 735 billion. Market participants received negative sentiment; after the Government announced the discovery of the first Omicron variant of Covid-19 case in Indonesia. Towards the end of the week, the benchmark index is expected to move in a lower consolidation range in the area of 6550-6650. 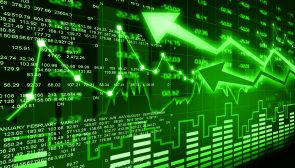 The benchmark index still has a limited chance to rally with a projected range of movement at 6,600 - 6,700.

From the domestic market, the JCI weakened for the third day in a row; with a correction of 0.33% yesterday to the level of 6,591.

Pressure on JCI continued with a correction of 0.47% yesterday; although the decline managed to be minimized by the end of the session.