Wall Street closed with a significant rebound on (15/02), marked by strengthening in all three major indexes. Investors responded to the easing of geopolitical tensions, after Russia reportedly opened a diplomatic resolution route and pulled some troops from the Ukrainian border region. Technology sector stocks became the catalyst for the rally, while crude oil prices fell again to touch the level of USD 90/barrel.

Domestically, the JCI rose 1.08% to a level of 6,807; supported by foreign net buys which reached IDR 968 billion. The release of trade balance data for the January 2022 period showed a surplus of USD 930 million, which although slowed, was still above the initial estimate of USD 199 million. Technically, JCI has the opportunity to move higher with a projected range of movement at 6,750-6,875. 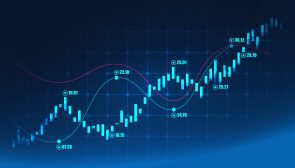 Ahead of the holiday, the JCI fell 30 points to close below the psychological level of 6,900. Meanwhile, foreign investors recorded a net sell of IDR 145 billion, with the top selling stocks including BBRI. Investors began to observe the impact of the increase in the reserve requirement, especially in the banking sector.

The government's decision to increase energy subsidies compared to the BI 7DRRR increase in order to suppress inflation received a positive response from market players. JCI rose 1% beyond the psychological level of 6,900. Energy subsidies in 2022 will increase to IDR 443.6 trillion, covering fuel, LPG and TDL

Foreign investors recorded a net sell of IDR 154 billion, with eight of the eleven sectors posting declines. Based on the survey, BI is projected to still hold the BI 7DRRR for the period of May at the level of 3.50%. NHKSI Research projects that the JCI will rebound today, with a range of 6,800 to 7,000.