Global markets closed mixed on Friday, 09/29/18, as the trade war tension between the U.S and China escalated. European market closed lower along with the decision of Italy government to set the budget deficit target t at around 2.4% of GDP within the next 3 years.

Today’s Outlook: September’s Inflation
Today we estimate JCI to rally with the support range of 5931-5941 and the resistance range of 6018-6025. Today investors keep their wary eyes on the release of September’s inflation. The core inflation depicting the supply-demand relationship is on the spotlight. The consistent acceleration in the core inflation since February 2017 showed that the consumption in Indonesia recovered further. On the other side, investors will get a bit suppress from the release of the Indonesia’s manufacture data falling from 51.9 to 50.7.

From the global outlook, the pressure comes from the Caixin edging down from 50.6 in August to 50.0 in September amid the escalating tension between the U.S. and China. However, the negative sentiment gave no significant pressure on Asia markets. This morning Asia markets moved mixed. 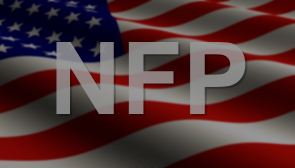