Global investors are still focusing on the trade deal between the U.S. and China. Yesterday, most of the global stock markets were reigning in the rally mood. Asia markets ended mixed, following the bearish Chinese markets and the worse performance by the Korean technology sector. Europe markets rallied amid the fears of possible recession hitting Germany’s economy. In addition, the U.S. markets closed higher as the technology sector outperformed and the U.S dollar strengthened.

Today’s Outlook: Decline in Coal Production of 2019
Today, we estimate JCI to move at the modest pace with the support range of 6185-6215 and the resistance range of 6355-6375. This morning, Asia markets open at a higher level, compared to yesterday’s closing session. It was attributable to the U.S. President’s statement of better trade relation with China so that the U.S. financial market can rally further, continuing 3-back-to-back rally.

From the domestic outlook, the negative sentiment is estimated to come from the Ministry of Mineral and Energy Resources’ regulation of cutting the national coal production by 9% to 480 million metric tons. The reduction adjusts to the low demand for coal by China. Of note, the World Bank has curbed the global growth from 3.0% to 2,9%. 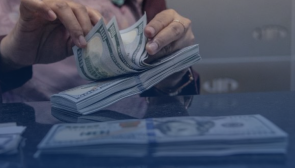