Massive Restructuring Requiring Another Work
BJTM reaped such success from restructuring process it undergoes as the chipping away NPL from 4.8% in 2016 into 4.6% in 2017. Of note, the takeaway driver for plummeting NPL was the downbeat credit distribution in the non-consumer sector. In 2017, the total credit distribution buoyed only 7.0%, weaker than the industrial buoy of 8.2%.

From the funding outlook, BJTM succeeded to posting the surge of 21.5% in the third party fund into IDR39.8 trillion. Nonetheless, the time deposit surging 68% into IDR12.0 trillion was the potent contributor to the increment in the third party fund. Besides, ratio loan-to-deposit also dramatically plummeted from 90% in 2016 into 80% in 2017. A substantial amount of liquidity yet lack of credit distribution is a setback in the profit growth acceleration. 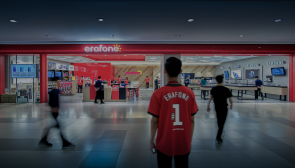