Shrugging off Concerns Over Trade Balance
China announced the tit-for-tat tariff of 10% on the U.S. products worth USD60 billion. The tariff was lower than the initial tariff of 20%. The U.S. initially planned to impose the tariff of 10% on China’s product worth USD200 billion taking effect on September, 24th 2018 and hiking to 25% at the end of 2018. The lower-than-estimated tariff shrugged of the concerns over the trade war between the U.S. and China. Last week, rupiah’s exchange rate for the U.S. dollar was stable at around 14,800. 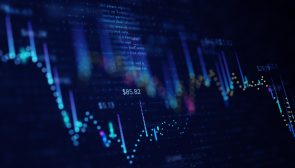 Investors anticipate BI’s Dovish Stance. JCI was closed higher by 1.6% in the past week, as foreign investors booked a net buy of IDR 1.6 trillion. Investors have anticipated BI’s dovish stance, in contrast with the Fed that increased FFR by 75 bps in 2022.