Ad-Hoc Board of Governors Meeting
Newly elected Governor of Bank Indonesia Perry Warjiyo unexpectedly decided to hold an ad-hoc Board of Governors Meeting dated May 30th 2018. In the meeting, BI decided to raise its benchmark rate by 25 bps into 4.75%. It is BI’s pre-emptive monetary stance ahead of the Fed’s meeting dated from June 12th to 13th 2018 when Eid Mubarak holiday occur. BI considers the importance to take a pre-emptive stance in light of the possibility of the rise in the Fed’s rate after the Fed’s June meeting.

Rupiah Appreciated below 14,000
Global investors positively responded to BI’s aggressive stance of raising its benchmark rate. Rupiah was appreciated and strengthened to settle at below 14,000 per USD. The rupiah appreciation was also backed by the U.S. Treasury yield settling at below 3% due to the political turmoil in Italy looming European Union. 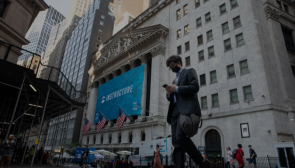 BI 7DRRR September’s hike to +50Bps, is a BI’s monetary dose that is rarely given. NHKSI Research sees BI Front Loaded Hawkish's aggressive decision, in order to suppress inflation according to the target below 4% YoY until 1H23 ahead.