Equal Buoyancy of Financial Performance
RALS succeeded to post the equal buoyance in 2Q18. The sales upbeat by 4.5% y-y to IDR3.7 trillion and COGS downbeat by 0.44% y-y were logical takeaways for the upbeat margin and profit performance. The net profit was also rosier by 28.8% y-y to IDR471 billion.

On the other side, the momentum of 2018’s Idul Fitri occurred earlier than 2017’s Idul Fitri shifted the purchasing trend. June’s sales were downbeat by 7% y-y to IDR2.04 trillion, but May’s sales were steep high by 41.9% y-y to IDR1.04 trillion. RALS’s sales in Java, Bali, and Nusa Tenggara, contributing more than 65% to the overall sales, were buoyant by 7.3% y-y.

Bolstered by Consignment Sales and Supermarket Closure
RALS increased further its consignment segment; for example, 2Q18’s consignment sales grew by 12.1% y-y to IDR1.64 trillion, the highest figures to date and contributing 44.9% to the overall sales. The growth was also capable of cushioning the slight decline in the direct purchases sales.

Another to increasing consignment sales, the wit decision to shut its 18 supermarkets also boosted the profit before tax on groceries business segment to IDR20.9 billion as the highest figures after recent-year loss. 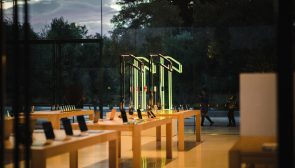