The government set the PBS030 (7.1-year) (New Issue) fee of 5.875%. This figure is far below NHKSI Research’s projection of 6.35%, or equivalent to the yield of similar tenor Sukuk, namely PBS018 (6.9-years). In addition to low returns, the government is also selective in winning this new series of Sukuk, which only won IDR 350 billion (bid to cover ratio 20x), from the bid to enter this series which was almost IDR 7 trillion. The government’s selective attitude can also be seen from the overall results of yesterday’s Sukuk auction, in line with the fulfillment of the indicative target for the auction of Government Securities (SBN) for the 2Q21 period. In yesterday’s auction, the government only won IDR 11 trillion, out of a total bid of IDR 44.6 trillion. 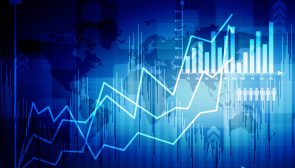 The rupiah depreciation cannot be separated from the Hawkish Fed's stance in raising its benchmark interest rate. Currently, investors are looking forward to how BI will respond to the FFR hike.

The trade balance surplus in line with export growth

April's trade balance surplus was worth USD 7.5 billion. This surplus, can increase the Cadev April which had fallen to USD 135.7 billion. Meanwhile, this April surplus exceeded market expectations of +USD 4 billion, and March +USD 4.5 billion.

Based on DJPPR data, the total bids for SBSN auctions were IDR 17 trillion, or higher than the previous SBSN auction of IDR 7.5 trillion.