S&P 500 and Nasdaq continued their gains on (05/11), while Dow Jones slightly declined. Investors received positive news from the release of weekly jobless claims data which was reported at 269 thousand; also the lowest level since the pandemic began. Meanwhile, crude oil prices were down again although OPEC+ decided to maintain production cuts.

From the domestic market, the JCI rose again by 0.52%; with foreign net buys recorded at IDR 315 billion. Market participants will pay close attention to the release of Indonesia’s GDP data for the third quarter of 2021, which is projected to be around the 3.5% level. Towards the end of the week, JCI’s pace of movement has the potential to be overshadowed by profit-taking with an estimated range of 6,500-6,627. 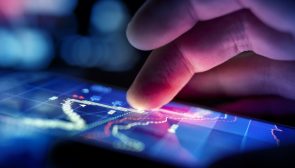 The movement of the benchmark index has the potential for a technical correction to the range of 6550-6,630.

The benchmark index has the opportunity to continue strengthening with a wide range of movement at 6,550 - 6,726.

The pressure on JCI continued with a decline of 1.31% yesterday; marked by corrections in all sectoral indexes.