The US stock market continued closing in the red zone on (25/01), although it was relatively able to reduce the decline from intraday lows. The technology sector is under pressure ahead of the monetary policy update from the Federal Reserve which will be announced tomorrow. Meanwhile, negative sentiment also came from heated geopolitical tensions; after Russia sent 100,000 troops to the Ukrainian border.

Domestically, the pressure on JCI continued with a decline of 1.31% yesterday; marked by corrections in all sectoral indexes. Negative sentiment from external parties as well as the potential for tighter PPKM restriction in line with the upward trend in Covid-19 cases; is still the catalyst that overshadows the stock market. For today, JCI will try to restrain further declines with a projected range at 6,550-6,650. 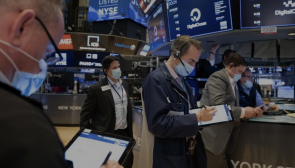