Market Recap
JCI closed lower yesterday, following the regional markets. It was pressured by the infrastructure sector. On the other side, 3Q18’s earnings season was futile to send JCI’s movement higher. Top Losers: Infrastructure (-2.52%), Mining (-0.90%), Finance (-0.49%).

Global markets were in the sluggish territory yesterday. Meanwhile, the U.S. investors still kept their wary eyes on the trend of monetary tightening, unresolved trade war between the U.S. and China, and the tech. sector movement. The futile Brexit talks caused to lower European stocks. Furthermore, the Fed’s hawkish stance of monetary tightening and the accusation of China as a currency manipulator weakened the Asia markets.

From the domestic outlook, BMRI and BBNI’s 3Q18 earnings are futile to bolster rally in their stocks prices. Investors consider that the two banks performance in 3Q18 met the expectation, yet their performance gave no spectacular results. 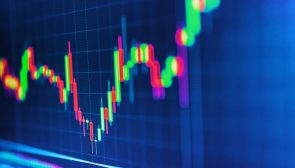 Manufacturing resilient, ready to hold back the Hawkish Fed. Data for May showed an increase in the Core Cap.

Expectations that inflation falls to 5.3% was responded positively by Wall Street with the Dow Jones rising more than 800 points at the weekend.