INNI Index slowed at 2.44%, much deeper than that of 1.75% in JCI due to the sharp downward of 4.66% in the consumer sector. ICBP and INDF stocks dropped at 9% as intense competition between domestic peers and consumers’ preference for imported instant noodles fueled jitters of downward profit margins.

But, foreign inflows of IDR46 billion still poured into the banking sector. The poultry industry was exposed to domestic outflows of IDR38 billion. KKR, one of JPFA’s shareholders, reduce its portfolios in JPFA with the execution price of IDR2,200 per share. It causes JPFA’s prices to move closer to KKR’s selling price. 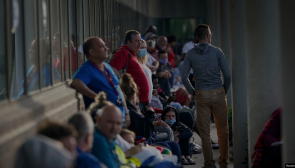 Lagging Indicator of the US labor market remains solid, the Fed's continued Hawkish justification in November and December. US jobless claims for the week ending September 17, rose a modest 2% to as many as 213K claims, indicating the labor market remains resilient, amid the Fed's aggressive tight monetary policy to cool inflation.

S&P 500 failed to close above the Strong Support level of 3,900, in a row in three trading days. Investors began to examine the potential for margin pressure and the topline of a number of 3Q22 earning results.