Market Recap
JCI closed higher yesterday; it was backed by the consumer sector and the continued trend of the rupiah appreciation and the net foreign buy. Top Gainers: Consumer (+1.96%), Basic Industry (+1.79%), Infrastructure (+0.78%).

Most of the global markets rallied yesterday, but the rally was constrained by a number of regional issues. Asia markets closed mixed along with the release of China’s inflation data, lower than the estimate. The rally in Europe markets was constrained by the plan of automotive makers to cut the number of their employees. In addition, the hike in the U.S. markets was hampered by the lower revenues target in the retail sector.

Today’s Outlook: Foreign Funds Inflows into Indonesia’s Markets
Today we estimate JCI to rally with the support range of 6225-6250 and the resistance range of 6365-6400. The foreign fund flows further into Indonesia’s stock markets for 9 consecutive days from 27/12/2019 to 10/01/2019. The foreign fund flows increased from IDR247 billion into IDR4.3 trillion. We estimate that the foreign funds will keep flooding Indonesia’s market, backed by the decline in the U.S. December’s inflation data. The decline was attributable to the tumble in global crude prices.
Besides, investors will keep their wary eyes on the growth in the global economy. Meanwhile, Asia markets are estimated to rally further, backed by the optimism about the trade talks between the U.S. and China and the trade talks between India and Indonesia. 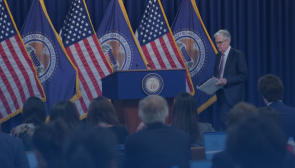